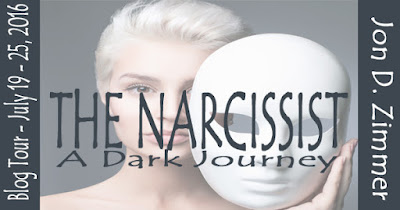 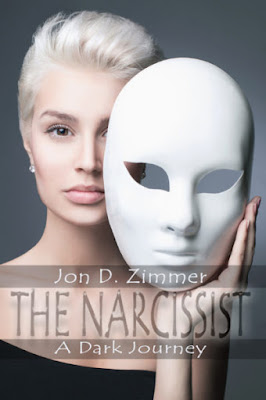 Charlotte Prentice literally has everything: beauty, intellect, wealth. She is also very dangerous. Driven dispassionately to success, the reader must decide Charlotte's guilt or innocence. After reading The Narcissist: A Dark Journey, what will be your verdict in the case of Charlotte Prentice?Genre: Psychological Thriller, Suspense Pages: 255 Release Date: July 19, 2016 Blog Tour Date: 19 - 26 July 2016 Post Review: any time     In The Narcissist: A Dark Journey, Charlotte Prentice is beautiful, intellectual and dangerous. She will do whatever it takes to achieve the adoration and success she desires. Who is this woman whose beauty is only overshadowed by her intellect? Charlotte herself doesn't know. Outwardly, she is a woman who fights against discrimination and poverty, an advocate of education and freedom. To the onlooker, Charlotte is perfection. But on the inside, there is something darker lurking, something that pushes her single-minded plans forward without empathy. She and her ilk are the scourge of our society, driven to success to satisfy their needs at any cost. They are the business leaders and politicians who woo us with deceit and shallow promises. Sometimes we are amused by them. Other times we are stricken by them. But make no mistake: they are not amusing; they are calculating and dangerous. Is she guilty of her crimes, or the victim of the ills of society? In The Narcissist: A Dark Journey, the reader is both judge and jury where Charlotte Prentice is concerned. Buy The Narcissist: A Dark Journey on Amazon, Kindle, iBooks, and KoboBooks. 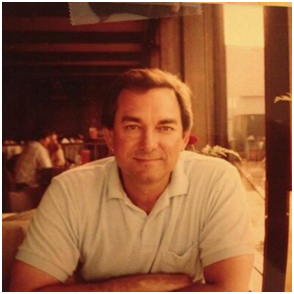 Graduated from Valley College, attended Cal State Northridge University, and the masters program at Pepperdine University, Jon Zimmer began a career in business, running several divisions of large corporations, and started up two companies. The Narcissist: A Dark Journey is his fifth novel. His other titles include: The Trinity Pact, The Cozy Place, Generations-Birth of an American Aristocracy, The Secret Invasion Book One of the God Chronicles, and The Dark Journey of Charlotte Prentice.   Learn more about Jon D. Zimmer and his books at:
| Blog | Facebook Author Page | Twitter | Goodreads | LinkedIn |

Excerpt from The Narcissist: A Dark Journey

by Jon D. Zimmer, author of The Narcissist: A Dark Journey

When I started college I majored in English. I wanted to be a writer. I had written several short stories when I was eighteen, and felt like I was about to join the hallowed halls of Shakespeare and Hemingway, but reality seems to have a way of trumping fantasy. I got married, changed my major to business, and had a successful career. However, I didn't like the cold world of profits at all cost, particularly the human cost. As soon as I was able I retired, left that dispassionate world, and began to write. To me, writing was a pathway of expression, of sharing the ideas and emotions that we all feel, of creating characters and events that the reader can relate to. And I didn't limit myself to any particular genre. I wrote The Trinity Pact, a spiritual book; The Cozy Place, a murder mystery; An American Dynasty, historical; The Secret Invasion: Book One of the God Chronicles, a fantasy; and my latest novel, The Narcissist: A Dark Journey, a psychological thriller. Though they were different genres, I was able to express the human condition at its best, and at its worst. In The Cozy Place, a consuming love begets a serial killer, exemplifying love at its worst, however, we all sometimes show our love in a less than a loving way. We abuse, physically and psychologically, we deceive, and we lie to those we love, and when we do it, we wish we hadn't, as sometimes it takes more than a lifetime to make it up. In An American Dynasty I took an American family through four generations of American history to depict the absolute role that politics and wealth plays in the lives that we lead. Throughout history, wealth has been able to control, and in many instances, enslave populations. It could happen here and now, to us. I love politics. My latest novel, The Narcissist: A Dark Journey, is a psychological trip through the psyche of one Charlotte Prentice. She literally has everything: beauty, intellect, wealth--and yet she is a very dangerous person. She is someone we all know, or know of, and in ourselves. She and her ilk are dispassionately driven to success, and are our scourge, but in this novel I have left any judgement of guilt up to the reader. How would you judge Charlotte? I am almost finished with Book Two of the God Chronicles, a fantasy in the event humankind continues after this life. In this new life, I have tried to remove all of the reasons for our really bad, nasty habits. There is no requirement for sustenance, there is no celebrity, no gender, no sickness, but I am really challenged, even with all of those things that cause us to do naughty, bad things, to eliminate the nature of humanity. But I think I have. That's the beauty of writing.

When did you first realize you wanted to be a writer? I have no specific age or date when I thought about being a writer. I know that all through my school years my favorite subjects were English and Science. When I started college I had written several short stories. I considered being a writer at that time, however marriage and economics made my decision to postpone writing for a while. How long does it take you to write a book? There are several factors that determine the amount of time it takes me write a book. First is the amount of research that is required for the novel. After that there is the passion I have for the project, availability of my time, and does my plot have many twists. It could take five months, up to ten months. What is your work schedule when you're writing? Again, an answer that involves several factors. My passion for the work is foremost. In this case, I will begin writing after going out for breakfast, and reading the daily newspaper. I Return home about ten o'clock in the morning, and write until five o'clock in the evening. I don't tend to write at night, because it keeps me from sleeping. What would you say is your interesting writing quirk? I think one is in my last answer. I need to go out to eat breakfast, and catch up on the news before starting to write. As to writing itself, I try to avoid foul language.How do books get published? It has to be an excellent book, however that is far from being the sole criteria, as many good manuscripts are rejected by publishers. Research the publishers, so you send it to the correct one for your genre. You need an excellent query letter to grab a publisher. Perseverance is important, too. Keep sending it out, and if everything fails, you might consider self publishing, but this is a major choice that more than likely will cost you a lot of money, and is rarely successful. Where do you get your ideas or information for your books? Ideas for books pop into my head all the time. I will never write all of the books that I would like. Social issues and the emotions surrounding them are the main source of my ideas. When did you write your first book and how old were you? I wrote some short stories when I was eighteen, and a book when I was in my thirties, which I never did anything with. The first novel that I submitted, and was published was in my fifties. I truly wish I had pursued my dream to write as a youth. What does your family think of your writing? They love it, and are very supportive. What do you like to do when you're not writing? I have a passion for horse racing and politics. My father owned race horses when I was growing up, and I also developed an ardor for them. I go, sometimes, on weekends to the local tracks. Politics fascinates me. There is so much misery in our society, and I see an ignorant electorate perpetuating their condition by voting against their best interests, over and over. I write some political essays that are posted on LinkedIn, and my social media.What was one of the most surprising things you learned in creating your books? Getting into people's heads. Expressing emotions that the reader can feel and relate to is what writing is about. How many books have you written and which is your favorite? I have written six novels, and the one I just finished, The Narcissist: A Dark Journey, is my favorite to date. However, the novel, Tranquility: Book Two of the God Chronicles that I am currently writing is going to be my new favorite. It is a fantasy about an afterlife, if there is one, that is believable. Do you have any suggestions to help people become better writers. If so, what are they? That’s a very hard question. I could give one of the standard answers and say, just believe in yourself, and that is true, but far from a success story. You need to be able to tell a tale that will satisfy your reader, both emotionally and time well spent. Do you hear from your readers much? What do they say? You mostly hear from friends and relatives about your books, and they are usually favorable, as expected. However, reviewers are a little more honest. Sometimes they grasp your theme, and other times they don't. It's up to you to determine true criticism. Do you like to create books for adults? I do like to create books for adults. I have never written a children's book, but have used children and their emotions in my books. What do you think makes a good story? There are so many things that make a good story, regardless of genre. But the basic thing is that the reader becomes involved, even if he/she doesn't share the emotions, or theme, they come away with an understanding of them, and when they're finished, they feel good about the experience. As a child, what did you want to do when you grew up? I was athletic as a child, and I wanted to be a football player, then I changed to wanting to be a scientist, but never a writer, not until I was eighteen.

Enter to win one of 3 eCopies of The Narcissist: A Dark Journey, by Jon D. Zimmer